The Stingaree Murders has always been one of those “well, I’ll never actually read it” books.  I think it first flitted into my conscious due to a review on Classic Mystery, although maybe it was Beneath The Stains of Time.  Whatever.  The book is beyond rare – I believe the first edition may be the only edition – and both reviews I’d seen included a warning that a healthy dose of racism is tucked between the pages.  The strange title stuck in my mind though, as both reviews also mentioned multiple impossible crimes and a truly audacious solution.  It was a recent review at The Invisible Event that finally tipped the scales and I took a stab at tracking the book down.

While it’s rare, The Stingaree Murders isn’t that hard to come by for an affordable price.  I nicked mine for around $10 (sans dust jacket), which is a bargain compared to the more elusive corners of impossible crimes such as Anthony Wynne or Caroline Wells.

Let’s get the weird title out of the way first.  “Stingaree” is apparently a regional variation on the word “stingray”, similar to crawfish (acceptable) vs crayfish (the right one) vs crawdad (backwards).  Tweak the name to The Stingray Murders and it’s not so unusual, and perhaps gives a glimmer to the pulp nature of the book.

This is pulp, although the better end of the spectrum: more Rim of the Pit than Spider House.  You get that spark of imagination and adventure often lacking in by-the-numbers mysteries, along with an exaggerated sense of constant climax.  The exclamation points fly like so many bullets, and this book must surely set the record for the number of times a character “ejaculates” a comment.

We find ourselves a guest on The Terrapin, a house boat of seemingly endless proportions floating off the Louisiana coast.  Thirteen passengers are onboard, and we hitch a ride with somewhat typical point of view character Wayne Whitsell.  He’s joined by a spread of New Orleans’ upper crust – the state governor, a famous lawyer, a newspaper mogul, etc – characters who come to stand apart as their own, yet never quite develop into more than the part that they play.

The Terrapin is on an ill fated fishing trip through the coastal bayous of Louisiana.  There’s a hint of danger from the start – the governor’s life has been threatened by the shadowy Stingaree gang – and death comes to fruition in the most perplexing of circumstances.  Fishing alone in his skiff, the governor suddenly keels over in plain sight of onlookers from the house boat.  Dashing out to investigate, his rescuers find the governor dead – both a knife and the stinger from a stingray embedded in his chest.  The puzzle is how the governor could be stabbed given that no one approached his skiff, and the fact that he was facing away from The Terrapin rules out knife throwing.

It’s a fine impossibility, and the guests are quick to dissect the circumstances of the governor’s death.  This is the strength of The Stingaree Murders – the unrelenting pursuit of truth that W Shepard Pleasants instills in his characters.  Working hand in hand with the reader, Pleasants checks off those semi-obvious solutions you’ll glom onto, while exploring those nooks that you haven’t quite thought of.  It’s successful impossible crime 101 – convince the audience of the insurmountable obstacles while shutting out the seemingly clever avenues for escape.

Honestly, it’s a bit of a weakness too.  The characters latch onto a theory early on, beat it to death until they’ve shown the kinks in its armor, and then return to it time and time again for the remaining 200 pages like some bad rendition of Groundhog’s Day.  Fortunately there are two more impossibilities to keep us occupied.

Having found the engine sabotaged, the occupants of the boat come to the realization that there must be a killer in their midst and start a long decent into paranoia.  The knife that the governor was murdered with is pounded deep into the deck of the boat, both to preserve it as evidence and to keep it out of the hands of the would be killer.  Despite the knife being unmovable, it disappears from the deck, only to appear again after being used for another murder.

The third impossibility comes much too late in the story for me to get into, but it’s somewhat the highlight of the book.  The crime itself isn’t emphasized as being impossible, which is a shame because it’s one for all time.  The solution is absolutely bonkers and could only work in a pulp novel, but if you’re able to enjoy it for what it is then this is a story that will stick with you fondly.  The Stingaree Murders definitely slides right in alongside Night at the Mocking Widow and The Devil Drives as a contender for the most audacious solution for an impossible crime.

That’s not to say it’s all positive.  There’s a heaping dose of racism that’s as bad as anything I’ve encountered in a book from this period.  The two sole crew members onboard The Terrapin are of African and Chinese decent and they’re painted with a most vile brush.  Their dialogue is rendered as an almost unreadable phonetic jumble, and their personalities are a lazy stereotype.  As soon as the murders are committed, it’s the minorities who are the immediate suspects, and those suspicions are even shared with the reader via the inner thoughts of point of view character Wayne Whitsell – which is a bit funny, because given all of the infighting and accusations infecting the guests, it is the crew alone who exhibit the best virtues of humanity.

So, that’s an unfortunate mark against an otherwise solid read.  Still, in this day where a prevailing current-day narrative in the US is that racism ended along with slavery, it’s books like these that remind us of just how ugly the recent past could be.

My own recommendation is that you seek this book out.  It was a true page turner – both through the good and the ugly – and it’s the type of read where you’re going to be hard pressed to resist making it through in more than one sitting. 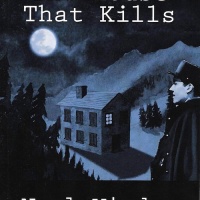 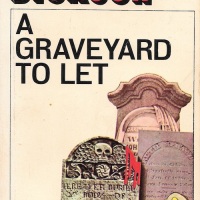