I know I’ve read several reviews of Home Sweet Homicide, but it was a post over at The Invisible Event that made me decide to try out Craig Rice.  Once I laid my eyes on this 1946 Pocket Books edition with a gorgeous cover (which is completely unrepresentative of anything that actually happens in the story, mind you), I knew I had to have it.

This is a bit of a strange one for me to describe.  I suppose a conventional description would focus on the murder of Flora Sanford, found dead in her home shortly after neighbors heard two shots.  And yet that murder – which certainly forms the backbone of the story – never really comes to life.  Rather, it’s the amateur investigation led by three children who decide to play detective that I find myself wanting to focus on.  Because really, that’s what this book is about; the antics of three rascals going through unbelievable lengths to solve a crime and match their mother up with a bachelor detective assigned to the case.

You know, I haven’t read a children’s mystery book in a long time, but this was like an extended somewhat more adult version of the type of stories I read as a kid.  The story unfolds completely from the point of view of two teenage girls and their ten year old brother, and there was something so long ago familiar about it all.  Rice managed to sweep me into this children’s book I didn’t realize I wanted to read, and I enjoyed every minute of it.  There’s this strange reminder that there was a time where you actually bought things with pennies, nickels, and dimes; a fact that applies to any Golden Age story, I suppose, but feels more striking through the eyes of a child.

The mystery itself isn’t that interesting, although I find a lot of Golden Age mysteries coming out of America to be a bit like this:  at least one character must be a star of stage or screen; many of the clues turn out to be unrelated to the crime and instead part of some red herring side plot; the murder is in some sense simply a MacGuffin to enable some framing story to be told.  I was hoping for some clever twist in the final chapters, but none materialized.  Too bad, as I saw a real potential for a Christianna Brand-esque heart wrenchingly dark ending.

Which is why I’m surprised that I enjoyed it so much.  Home Sweet Homicide is a bit long for a Pocket Book, clocking in around 275 pages.  And yet I never noticed that length, aside from a “how on earth am I only a third of the way through this?” revelation I had towards the end of my first bout of reading.  And you know what?  I turned around and bought six more Craig Rice books (the fact that they had killer vintage covers may have swayed me).

So yes, there will be more Craig Rice in my future.  She seems to have written most of her novels revolving around series characters Malone and Justus as well as Bingo and Handsome.  Home Sweet Homicide is a non-series book, but it’s worth pointing out that series character Jake Justus (dreadful name) gets a brief mention towards the end. 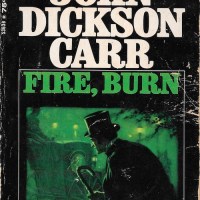 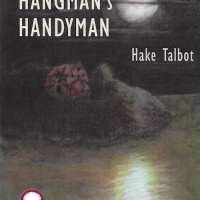