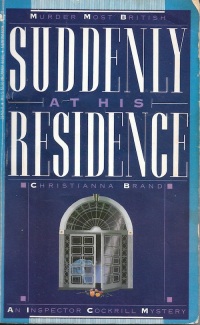 I’ll always tout Christianna Brand as an author who can deliver an emotional blow.  Green for Danger, Fog of Doubt – even less known books like Alas for Her Who Met Me – all have a way to draw you in to the lives of a cast of characters.  Perhaps it’s her informal turn of the phrase, but the characters feel real in a familiar sense, rather than sketches on the page from 70 year ago.  The denouement comes as a punch to the gut, as real lives crumble, and a person you’ve empathized with is unmasked as the killer.

While that ability to trigger real emotion is the trait of Brand that stands out most clearly to me, she may well be among the most skilled in the field for pulling the wool over the reader’s eyes.  Her particular talent seems to be dangling a clue repeatedly in the readers face, to the point where the final solution to the puzzle comes as a natural, yet shocking realization.  John Dickson Carr certainly had this talent too, but Brand in particular excels in inflicting a sense of “damn, how didn’t I see that coming the entire time?”

This is relevant to Suddenly at His Residence, as it’s known to be one of Christianna Brand’s craftiest puzzles, along with the unobtainable (except in eBook form) The Death of Jezebel.  We’re treated to not just one, but two impossible footprint crimes (a la The White Priory Murders, She Died a Lady, or The Witch of the Low Tide), in which a murder has occurred but no killer could have possibly entered/left the crime scene because of the lack of telltale tracks.

Top this off with another well known trait of the story – the impossibility isn’t solved until the final sentence of the book.  Ellery Queen’s novel The French Powder Mystery is deservedly famous for exposing a killer in thrilling fashion via its final line, but this Brand proposition was even more intriguing.  Given two hundred pages to contemplate possible solutions for a puzzle, how could it all click together in a single sentence?

Well, it does – but more on that later.

As with any good country house story, the plot revolves around a large family and a will.  Brand starts the book with a family tree and the ominous promise that two of the characters will meet their deaths at the hand of one other (a similar foreshadowing occurs in different form in both Fog of Doubt and Green for Danger).  The identity of one of the victims should be no surprise to even the most novice reader.  Sir Richard March has lost all of his children, but he has a large brood of grandchildren eyeing a piece of his pie.  Unfortunately for them, March has a tendency to throw tantrums, and his will is in a constant state of flux as a result.

A dose of sass at the dinner table results in March storming off to change his will yet again – this time cutting out all of his grandchildren and leaving everything to his second wife.  The incident coincides with a yearly ritual in which March spends the night alone in a small cottage to observe the anniversary of his first wife’s death.  The next morning he’s found dead, seemingly of natural causes, yet the will is missing.  Several other puzzling clues, such as the conspicuous lack of fingerprints on key objects, lead the police to the suspicion that murder has been committed.

Somewhat standard country house murder fare so far, but Christianna Brand swerves things into impossible crime territory with a twist.  The cottage that March died in was unapproachable on two counts.  First, it’s surrounded by thick patches of roses in full bloom – even the slightest brush would send petals fluttering to the ground.  Second, the paths leading to each entrance were freshly sanded, and yet no footprints are present at the time the body is discovered.

Brand’s not done with the impossibilities yet, delivering a second murder a few chapters later, and in unheard of fashion, again relying on an unexplainable lack of footprints at the crime scene.  A double impossible crime is rare enough in the golden age, but here we have double impossible footprints.

Of course, the joy of an impossible crime is scratching your head and trying to figure out how it could have occurred.  With a typical novel, the investigators might throw one or two false solutions your way, dispelling the conclusions just as you reach them.  Brand ups the ante significantly – by the end of the book, we’re provided at least two ways that each character in the substantial cast could have pulled off the crimes.  What starts as a pair of air-tight impossible crimes builds into a mountain of potential solutions – hardly any of which would have dawned on me.

Multiple impossible crimes and a dozen clever false solutions combine for a read that never lets off the gas.  Brand’s talent doesn’t simply lie in the strength of her puzzles.  It’s the characters that she draws you in with, creating a world in which you don’t want to see anyone tagged as the killer.  Couple that with her knack for the wry turn of phrase, and Suddenly at His Residence is pure pleasure to read.

“The big white house sprawled lazily in the sunshine, blue skies burned cloudless down upon green lawns, the air was sweet with the scent of roses and mown grass; and through the white house and across the green grass Murder stalked in the sunshine.”

Does it pay off in the end?  Oh man, does it ever.  The ending is an absolute barnstormer – without doubt one of the most exciting in the genre.  Brand swerves and double fakes, veering the story in a direction that I never saw coming.  You think of stories like The Burning Court, Green for Danger, The Ten Teacups – where the end comes as an unanticipated explosion.  This is one of those.

The famous final line twist is indeed beautiful.  You’ve had the entire book to contemplate the puzzle, over the course of which Brand has trotted out a dozen clever solutions.  One sentence rips that all to shred.  Most importantly though, it makes you think.  This is the true Brand fashion, best exhibited by Fog of Doubt.  The author doesn’t take your hand and walk you through how it all unfolded.  She lays a neat statement and then lets the reader sit there for a few minutes to think it through.

Dan at The Reader is Warned recently deemed this book one of the top 15 impossible crimes written before 1981.  I’m not ready to write my own list yet, but this is definitely a title that will be in consideration.  I give it points for two tight impossible crimes, plenty of clever false solutions, and multiple satisfying reveals.  Most importantly, it’s a brisk engaging read from front to back, never drifting towards dull. 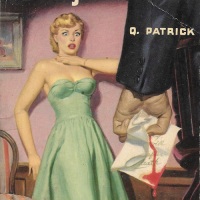 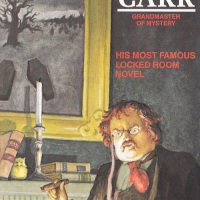 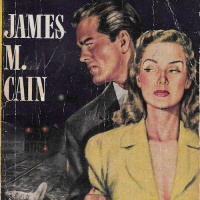 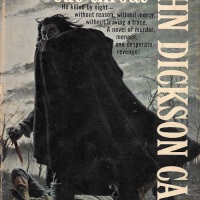 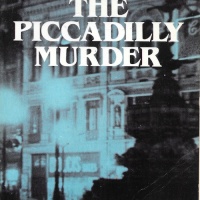 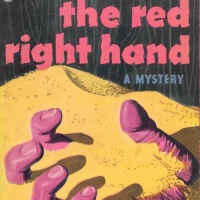 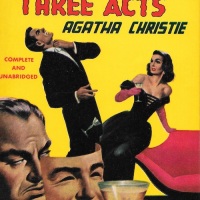 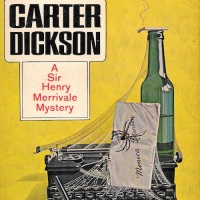